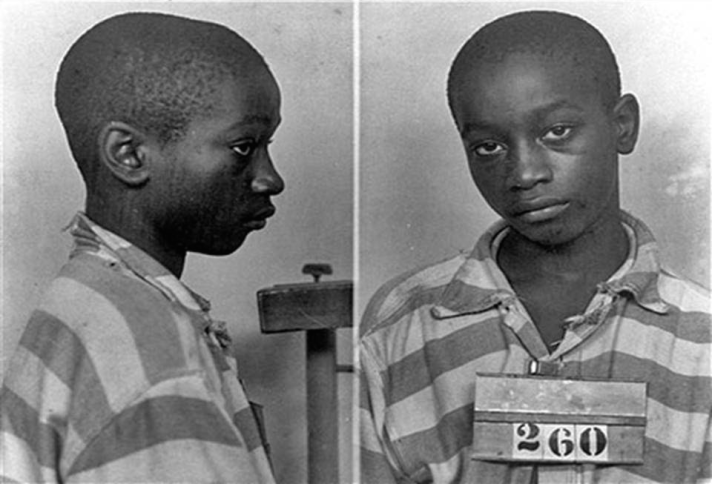 Recently Dylann Roof, the white gunman that murdered 9 Black church members during a bible study, was sentenced to death. Honestly speaking, my heart felt that anything less would have been insufficient. Yet, the death sentence itself is still unsatisfactory. There is no joy here. No ease away from pain, knowing that the final minutes of the victims’ lives were engulfed in terror as they were slain in their sanctuary.

If it were up to me, perhaps Roof would be sentenced to life in prison and forced to watch an endless loop of family videos and photos of all the beautiful people he murdered every single day for the rest of his life. He would wake up and recite their names, ages, and the number of loved ones they left behind. He would hear their stories. His life would be inundated with their existence, his atmosphere would be permeated with their spirits. Every single day. And it still wouldn’t be enough.

Knowing the evil of what he has done can easily lead many to the rightful conclusion that he does not deserve to enjoy life. And yet with his sentencing, there is a constant ringing in the back of my mind that prevents me from feeling like any justice has been served. There is a Dylann Roof. A man that we all know without a shadow of a doubt is a racist murderer.

Then there is George Stinney, Jr., a young Black boy that was sentenced to death and electrocuted for a crime he did not commit. There was Lena Baker, a Black woman that was tortured by an employer, fought back in self defense, then sentenced to death. More recently there was Larry Griffin, Troy Davis and countless other Black and Brown people that were unjustly convicted of murder and sentenced to death. There have been a large number of unaccounted for state sanctioned killings of innocent Black people under the death penalty.

A study published in 2014 titled, “Rate of False Conviction of Criminal Defendants Who Are Sentenced to Death,” found that one in every 25 people on death row are innocent. Furthermore, with the high number of racial profiling, wrongful arrests, and false convictions the Innocence Project states that 63% of individuals exonerated by DNA evidence have been African Americans. Additionally, “An analysis of the 297 DNA exonerations reveals minorities make up approximately 70% of those proven innocent through DNA testing. (Innocence Project, 2014)”

This showcases a massive racial inequality in terms of wrongful sentencings and executions. And this is one of the key reasons that I am against the death penalty. The unknown number of innocent Black and Brown people that have been wrongfully executed is chilling. Curing this ill would require an end to racial profiling, prejudice and racial inequality – which is no small feat. So in the meantime, ending the death penalty could save a great number of innocent lives as our criminal justice system works through a number of much needed reforms.

Being human, I want Dylann Roof punished to the fullest extent of the law. However, in a society where innocent people are systematically imprisoned and killed simply due to their racial makeup in the name of “law and order” – it’s hard to see the shine of justice here. While Dylann Roof is sentenced to death, the criminal justice system continues to unjustly ruin and take the lives of the same people he terrorized. There is overt terrorism and covert terrorism but it is terror just the same.

It’s a troubling paradox that is hard to grapple with.

The one death sentence of Dylann Roof neither makes up for the deaths of the innocent lives he took or the trove of innocent Black and Brown people being executed along with him. I’m not sure what justice is in this case but I know for sure that the death penalty is no friend of my tribe and never has been.

“The fate of millions of people—indeed the future of the black community itself—may depend on the willingness of those who care about racial justice to re-examine their basic assumptions about the role of the criminal justice system in our society.” ― Michelle Alexander

Jessica Ann Mitchell Aiwuyor is the founder of OurLegaci.com. To reach JAM, email her at OurLegaci@gmail.com. Follow her on Facebook at Facebook.com/JAMAiwuyor.