A Cure For The N-Word 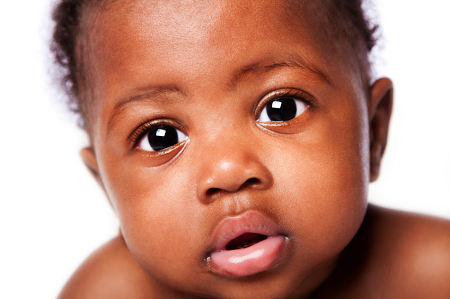 At only 7 days old, a baby was called “N–ga” for the first time. I witnessed it as I visited a friend that had just given birth. The father of the new baby boy held him in his arms, smiled and said “This is my little n—a.” In my knee jerk reaction I blurted out, “He’s only been here for a week and you’re already calling him that!” The new father then corrected himself and said, “Oh, I mean he’s my little man.”

I knew what he meant. When he said that word, he was genuinely thinking loving thoughts towards his new son. Perhaps, that’s why I was so disturbed by it. His expression of love was laced with derogatory language of habit. A father has love for his first child and he articulates it by using the word N–ga.

Black people saying the N-word is not the most surprising or troubling attribute of American lingo.  This is not a “Black” problem. To believe so, only further contributes to criminalizing the Black experience. The English language is ripe with coding, words and terminology that dehumanizes the “other.” Martin Luther King once stated, “Somebody told a lie one day. They couched it in language. They made everything black ugly and evil. Look in your dictionary and see the synonyms for the word black. It’s always something degrading, low, and sinister.” We are not the problem, our environment is.

Much like other modes of oppression, the N-word was used against us, to the point that some of us have become accustomed to and often perpetuate it ourselves. Almost without a choice, it becomes a stamped phrase lingering in our minds.

The phrase “My n- -ga.” is more complex than it seems. When it’s used within the African American community, it signifies a recognition of a shared experience. It’s almost like an inside joke or inner laughter is taking place towards the dehumanization. It’s like laughing to keep from crying while at the same time saying, “But I’m still here.” Within this seemingly unrecognized state of despotism, we’re surviving. Which is why for some, the song “N–gas in Paris” is triumphant. I’m not advocating for the usage of the N-word. I’m just saying, I understand. And this is what I believe many people are trying to articulate, when they say they’ve taken the word back.

This is why when perceived outsiders like Paula Deen, Madonna or John Mayer say the N-word, it’s automatically rejected. This is not done in some vacuum of hypocrisy but instead out of an often unspoken understanding that these people, do not share the lived experience of being boxed into the “n–ga” identity by main stream society. Therefore any attempts to interject within this subjugated space is viewed as appropriation or as a mechanism to further exacerbate their subjugated existence.

But how do we stop people from using it? It’s almost impossible to forcefully erase a term from common language. If people continue to identify with it, rather misguided or not, it will still be used. However, much of our concerns could be solved if we use our own legacy as a guide.” There are words much more powerful than the N-word will ever be. One of them is called Sankofa.  It’s a West African term that means “go back and fetch it.” Sankofa is often symbolized as a bird reaching back carrying an egg.The word and symbol serves as a reminder to use your historical compass to find your freedom. It’s like following the North Star.

Another word is Ubuntu. According to Archbishop Desmond Tutu, Ubuntu is  a South African term meaning, “I am because you are.” It reminds us that the humanity of one person is dependent on the humanity of others. We are all interconnected.

I’ve used these words and ideals on students before and noticed a considerable difference in attitude. My 3rd grade students, went from calling each other names to reading Langston Hughes’ “I Too Am America.” So has activist, Jarrett Mathis, who launched a full campaign on educating youth about African American history. I’ve found that once people, especially children know their history…their real history, they are less likely to think of themselves within the confines of the N-word or any other oppressive language. Their world becomes greater and expanded by the thought that finally, they can be something more than a “N–ga.”

So the next time, you hear someone call themselves by this term, try not to engage in respectability politics. Because simply being “respectable” won’t save us and never has. Instead, if the person is open to it, use it as a learning moment. Find some type of way to remind this person, who they really are. Even if they reject it initially, at least the seed will be planted.

Jessica Ann Mitchell is the founder of OurLegaci.com & BlackBloggersConnect.com. To reach JAM, email her at OurLegaci@gmail.com.