Light Girls, When Documentaries Get It Wrong

“If you love yourself, don’t watch Light Girls.”

This is what I told a dear friend of mine after watching the documentary. The film was a sequel to Dark Girls, a documentary about colorism in the African American community. Light Girls was supposed to show the other side of the coin and share the views of women that society labels as “light-skinned.” Instead, it turned into a living rendition of light skin vs. dark skin battles paralleling the epic scenes from, School Daze. Why the disdain? There isn’t enough time to cover everything but here are my top sources of contention with Light Girls.

1. The Denial of Light Skin Privilege

Light Girls perpetuated the stereotype that dark-skinned girls are jealous, angry, and violent. Rarely was there any nuanced or guided discourse behind light skin privilege. In fact, the topic was carefully avoided. If not for Soledad O’Brien’s brief acknowledgment that her color helped her career, one would think that light skin privilege is a figment of evil dark-skinned imagination.

Consequently, light-skinned women get lighter jail sentences, are more likely to get hired for a job, and are even disciplined differently as children. These are just a few examples backed up by data.

Understand that acknowledging light skin privilege is not about finger-pointing. It’s about understanding racial hierarchies determined by structures of white superiority and the role that it plays in Black lives.

2. Black Men are not the gatekeepers of Black women’s value

The documentary spent an agonizing amount of time featuring the scattered thoughts of random Black men as if Black male scholars were unavailable. Dr. Steve Perry was very much alone in his contribution to the discussion. There were so many cringeworthy moments where men discussed their color “preferences” like a bunch of drooling 8th graders. I thought to myself, “Are we in middle school?” Along this line, the film completely ignored the possibility of Black women in same-sex relationships. The film placed the value of Black women on the heterosexual, patriarchal male gaze. One commentator even exalted the faulty belief that dark-skinned Black women are better than light-skinned women because they will do more for you. This type of unchallenged thinking reaffirms stereotypes of darker-skinned Black women being built for work and lighter-skinned women existing solely for the purpose of being a trophy.

Two commentators in the film recalled being molested and raped. One of them even boldly stated that light-skinned girls are a prime choice for pedophiles. My mouth dropped open. “Is this really happening?” The film just continued onto the next topic.

To leave such an assertion unchallenged or glossed over is grossly irresponsible. Not to discredit her personal experiences, but that assertion deserved a very nuanced follow-up discussion.  No way should this have been included without expert analysis. It was cruel and damaging to the film participants and the audience.

Yes, pedophiles have varying preferences. They often take advantage of the more vulnerable segments of society. Yes, light-skinned girls get raped, molested, and sexually trafficked. However, because dark-skinned girls are often less championed for, dark skin is often a determinate in sexual abuse and sex trafficking.

Society’s refusal to protect dark-skinned girls is what lead to Toni Morrison’s decision to create the character, Pecola Breedlove. Pecola who was both sexually abused and ignored, continually prayed for blue eyes believing it would be a type of salvation from the societal ills associated with her dark-skinned Black identity. This is not a contest on who is sexually abused more.

This is more about understanding the power dynamics of sexual abuse and how it intersects within racial hierarchies. It deserved a fuller conversation.

4. Who are these people?

Apparently, every person with an agent made it into this film except the leading scholar on the one-drop rule, Yaba Blay. It was as if they carefully avoided her input. And it showed. She was featured on Soledad O’Brien’s Who Is Black In America. You can learn more about Yaba Blay’s work here.

Light Girls turned out to be a mess of a documentary because it was filled with commentary from a slew of third-tier comedians and entertainers. Additionally, the film included remarks from pseudo doctor Farrah Gray. Of course, there were also a few notable scholars and commentators. Michaela Angela Davis, Goldie Taylor, Jamilah Lemieux, and Soledad O’Brien were among the slim pickings of truthful and knowledgeable commentary. Yet, by the end of the film, many of them were also tweeting disgust concerning what the film had become. I’m still baffled by Raven Symone’s appearance as well, considering her ideas on “colorless” as an identity.

5. It’s not about jealousy

I shudder at the thought of having to say this but dark skin girls are not all lurking in the bushes waiting to ponce on the nearest light skinned person. This notion is ridiculous but was highly purported throughout the documentary. We’re not all crying in a corner somewhere filled with rage and jealousy. It reasserted the false narrative that all dark skinned girls are unwanted, hateful, mean and violent. The film made it look like we were all derivatives of the boogeyman.

Rarely did the documentary truthfully discuss playground wars and issues of Black children in general calling each other “too Black,” “ugly Africans,” or “high yellow” and using these learned internalized sentiments in hopes of feeling more superior to each other in the face of constant societal dehumanization.

It’s all a part of white supremacy and learned internalized racial hierarchies,  not simplistic hatred or jealousy. 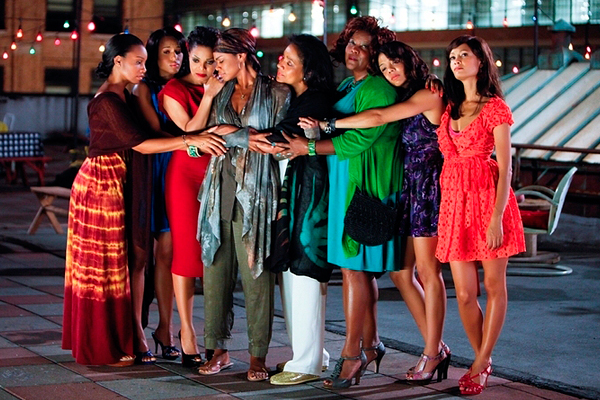 There are issues of colorism throughout our society. However, this belief that Black women in predetermined skin-tone categories are genetically predisposed to hate each other is down right preposterous. As I’ve written before, it’s important to remember that there is sisterhood among Black women that has historically been a source of safety and empowerment. It has thrived, even in the midst of racism and colorism. This sisterhood bond continues to be the salvation for many Black women in need of support and love.

At one point “Dr.” Farrah Gray asserted that light skinned and dark skinned girls simply need to learn to get along and stop “blaming the white man.” Here goes the condescending, “You girls stop fighting,” speech. Other commentators docilely asserted we simply needed to think positive, look in the mirror and say, “I’m beautiful.” Then all will be healed. It reduced the entire subject to Black women being just silly or petty, which is not the case.

No pep talk in the world is going to cure colorism. The film put the onus of colorism on the literal and proverbial backs of dark skinned girls. As if to say colorism is a personal problem, not a real systematic lived experience. This teeters along the line of saying racism is simply an imagined Black problem that will go away if we just think happy thoughts and be New Black like Pharrell.

To be fair, the film had a few positives. For instance, at one point they tried to present a global perspective of colorism. This is helpful in highlighting the fact that colorism is not just a Black issue. The affects of slavery and colonization have been felt worldwide. Also, a film about how colorism affects light skinned girls is necessary and efforts of the film are appreciated. Still, the film did what most things in mainstream society do. Light Girls continued the devaluation of Black life by oversimplifying key issues and not providing a thorough analysis for deconstructing the core problems…structural racism and patriarchy.

Jessica Ann Mitchell is the founder of OurLegaci.com & BlackBloggersConnect.com.
To reach JAM, email her at JAMAiwuyor@gmail.com.

47 thoughts on “Light Girls, When Documentaries Get It Wrong”