By now you’ve probably heard about or watched Queen Sugar. Hosted on the Oprah Winfrey Network and produced by Ava DuVernay, the television show is based the award winning novel by Natalie Baszile. It has so many beautiful moments of dialogue that it’s hard to pinpoint a favorite part. But if I had to choose, it would be pretty much all of the scenes between the Bordelon sisters.

The infamous repast scene continuously replays in my head.

Following their father’s death, Charley hires a company to come serve food at the repast. This fuels a rant from older sister Nova exclaiming, “How long you been gone? You ain’t been gone that long? How come you don’t remember how it’s done?”

This scene put a spotlight on built up frustration between the sisters and the annoyance of Charley’s somewhat cultural amnesia.

“How come you don’t remember.”

It’s almost an indictment of Charley, calling out her continual abstention from home ties. The entire episode and probably the whole series is a projection on memory as a life line.

Charley (who is currently facing both public and private turmoil) is struggling with finding a way to come back to her authentic self; the self she lost in the chase after a life that turned out to be the complete opposite of what it seemed to be. Which happens often. We chase something; a dream job, a high position – only to later discover that none of it was what it appeared to be and we find ourselves looking back, trying to recollect those pieces of ourselves that we dropped along the way.

Eventually, there comes a time when we need to lean on our foundation for strength but struggle because we discover that we’ve long forgotten the path back.

“How come you don’t remember”, speaks to that process – which is the beginning step towards a rebirth. This is perhaps one of the most prominent underlying themes of Queen Sugar: rebirth, rejuvenation and resilience all achieved by using our foundation for strength. This theme is also present in Nova’s usage of healing work, which is a gift she apparently acquired from her mother.

In another scene, their brother Ralph-Angel and his son Blue share a warm embrace with his dying father on a hospital bed. The visual of the grandfather, son and grandson showcased the importance of love, lineage, and memory in the lives of the characters. Needless to say, Queen Sugar has many brilliant moments that offer subtle life lessons for us all to absorb. Though entertaining, it’s ultimately a learning experience with beautiful visuals and dynamic storytelling.

Jessica Ann Mitchell Aiwuyor is a poet, writer and social justice advocate. She’s also the founder of Our Legaci. Rant or rave to JAMAiwuyor@gmail.com. 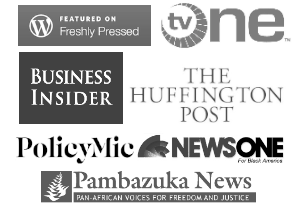