As the world becomes enthralled with the talent and beauty of Lupita Nyong’o, she continues to spread her message about the power of self love in the face of colorism. Images of her versatile beauty have taken over the internet in a display of glorious artistic prowess. Consequently, there are a myriad of discussions about the effects of Lupita’s spotlight on the millions of women and girls that look like her.

Yes, her beauty is sure to inspire, much like she was inspired by Alek Wek. But let this moment of adoration, along with Lupita’s openness to reveal her own struggles, lead to something beyond admiring beauty. If we truly want young Black girls to get the message that they are both valuable and beautiful, we have to show them by fighting for them. 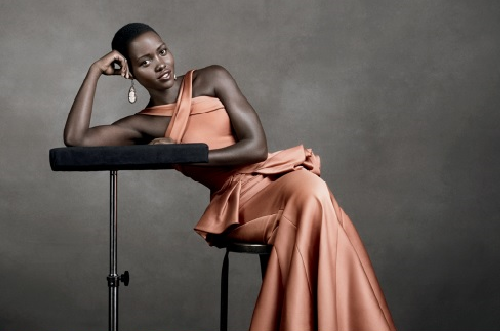 Lupita Nyong’o accepted her Oscar while honoring the spirit of Patsey, the enslaved and brutally abused woman she embodied in her award winning performance. Many viewers of 12 Years of Slave wanted desperately for Patsey to be freed from her abusers. We saw the beauty in Patsey. We knew that she was worth fighting for…worth protecting. We can’t go back in time, but we can work to make sure that Patsey’s daughters don’t live a life of congratulated pain.

Abuse happens to girls of all races, ethnicities and cultural backgrounds. But when it comes to Black girls, the mechanism of race allegiance and the need to project race respectability often supersedes their need for protection. This leads to families keeping “secrets,” parents refusing to press charges, and neglect reigning supreme under the guise of keeping the peace. The ever present victim blaming then commences by calling the girl “fast” or asking, “Why was she over there if she didn’t want it?” And let us not forget the, “She knew what she was doing,” declaration. In an instant, a 14 year old girl becomes the sacrificial lamb of the Black community in addition to facing marginalization in mainstream society.

And you wonder why a girl could have color issues, wish for blue eyes or blonde hair. It’s not necessarily because she hates herself. It’s because she wants to be what she believes the world is more likely to adore and protect. 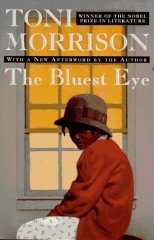 Pecola Breedlove is a character in Toni Morrison’s first novel, The Bluest Eye. Pecola endured rape, neglect and various forms of abuse. She was a little Black girl, undervalued and unprotected, that wished for blue eyes.

Fighting for “her” involves building a fortress around her being. Not allowing abusers and neglecters  to have their way with “her” life. On a personal level, I know many Black woman that were sexually assaulted and abused as young girls. Their stories never made it to the news. Their abusers have gone free and the scars reflecting the pain are permanently etched in memory. They’ve all heard “Black is beautiful,” but nobody fight for them. Instead, they were blamed for their own abuse, shunned and rejected.

When you see a potential Pecola Breedlove, it’s not enough to show her pictures of Lupita to prove the existence of her beauty. We first have to protect her…show her how much she means us. We can let her know that she is not an “ugly ducking” but in fact a beautiful swan by showing her Lupita’s talent and beauty. But it is only after we protect her, that she will be able to believe and absorb this truth.

Jessica Ann Mitchell is the founder of OurLegaci.com & BlackBloggersConnect.com. To reach JAM, email her at OurLegaci@gmail.com.